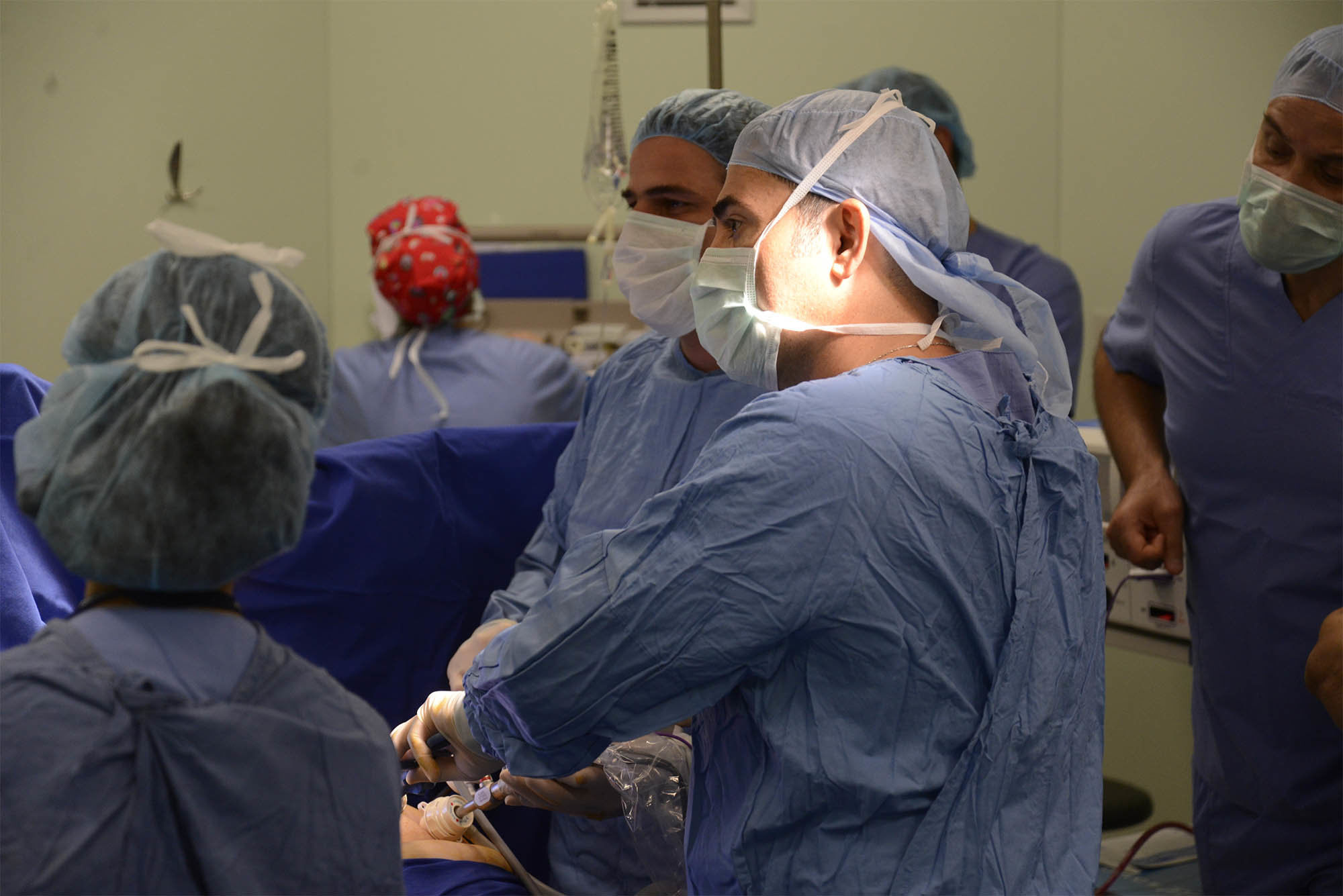 Obesity surgery is a term expressing a group of surgical procedures carried out on the digestive system for the solution of health-endangering overweight problems that could not be resolved with methods such as diet and exercise. The term bariatric surgery having the same meaning consists of the combination of the Greek words baros:(meaning ‘weight’) and iatrikos (‘the art of healing’). The methods of bariatric surgery involve many different surgical operations but their mechanisms can be basically examined in two groups. These have restrictive effect restricting the amount of foods that can be eaten, and malabsorptive effect reducing the absorption of foods.

‘Minimally invasive surgery’ or ‘laparoscopic surgery’ is another concept that you may often see in articles written on this subject. This term covers surgical operations that can be performed with small incisions and special instruments, with no need to make a large incision in the abdomen. The types of minimally invasive surgery are laparoscopic surgery, single site surgery (surgery performed through a single hole), robotic surgery and endoscopic techniques. Most of these are new methods and laparoscopic surgery is still the best option for a great majority of patients. However, it is important to ensure patients to know and understand all options.

In minimally invasive surgeries called aparoscopic surgery or closed surgery, a total of 4 or 5 small incisions are made in the abdomen. The diameters of incisions are usually not bigger than your finger. Laparoscopic instruments can access the intra-abdominal locations by means of special ports called trocars placed through these entryways. During this process, carbondioxide gas is filled into the abdomen with a certain pressure, with intent to prevent any injury to the intra-abdominal organs and to work more comfortably. Most of this gas is released from the ports at the end of the operation, and the remaining gas is absorbed by the abdomen and then is removed out of the body through the lungs. As a side effect of this gas, a pain in the right or sometimes the left shoulder is felt nearly as a rule after laparoscopic surgeries. This is a totally temporary side effect.

Laparoscopic surgery is super to open surgery in many aspects.

What is the Single Incision (with a single port) Bariatric Surgery?

This surgery (can also be abbreviated as SILS) is a surgical procedure performed by means of a port allowing for placing more than one instruments through an incision with a size usually a little bit larger than the belly button hole (3-4 cm). Although it has not begun to be used routinely in bariatric surgery due to technical difficulties, it is used in cholecystotomy and reflux surgeries for selected none-obese patients. The main matter of debate is whether concessions are made for cosmetic purposes.

What is Robotic Bariatric Surgery?

In this method, the surgeon sits at a robot console instead of standing at the operation table. As in the classical laparoscopic technique, the instruments are mounted on the robotic arms after the placement of the ports and laparoscopic instruments. At the next stage, the surgeon manages the instruments placed inside by moving his/her two fingers. This technique is a surgical procedure proven to be superior particularly in thoracic, pelvic, and urological surgeries.

When it comes to bariatric surgery, it has not been proven to have a considerable advantage over laparoscopic surgery performed by an experienced bariatric surgeon. On the other hand, costs are higher in robotic surgery, and the longer installation times increases the duration of anesthesia and slightly increase the risk. In the course of time, developments in robotic technology (single-port robotic surgery, robotic stapler) could make it safer and more effective; however, nowadays laparoscopic approach of an experienced bariatric surgeon is considered to be the best option.

NOTES is a rising field of​endoscopic surgery. These procedures involve certain surgical interventions made by accessing the intended place by means of an endoscope passed through the mouth, down the esophagus, with no need to make any incision on the abdomen. Bariatric NOTES procedures are also referred to as EBT (Endoscopic Bariatric Therapies).

Our center has been ranked third in Europe, with 9 primary obesity cases treated with the method involving the use of the device called ‘Apollo’, as the most developed ones among EBT methods in our country. Today the only question mark over the NOTES and EBT methods is about the permanence of treatment results. These approaches can be offered as the first option to people who are in the obese group but under the surgical margin, for the cases that required revision.

Dr. Murat Üstün is the Lead Bariatric Surgeon at IBC - Istanbul Bariatric Center. Dr Murat Üstün has made a commitment to every patient's well-being and safety, a goal that is also pursued by our staff and medical professionals that are at your service, this is part of the excellence equation. Dr Murat Üstün and the Istanbul Bariatric Center team perform medical procedures, including gastric bypass, sleeve gastrectomy, adjustable gastric band, and biliopancreatic diversion with duodenal switch. While performed differently, all of these procedures help patients lose weight by limiting how much food the stomach can hold as well as the patient’s absorption of nutrients. Surgeries are performed at a JCI accredited Hospital. The Joint Commission International works to improve safety at health care facilities domestically and globally. Accreditation ensures facilities are up to date, physicians are board-certified, plans for follow-up care are in place, risks of traveling after surgery are outlined, and more.